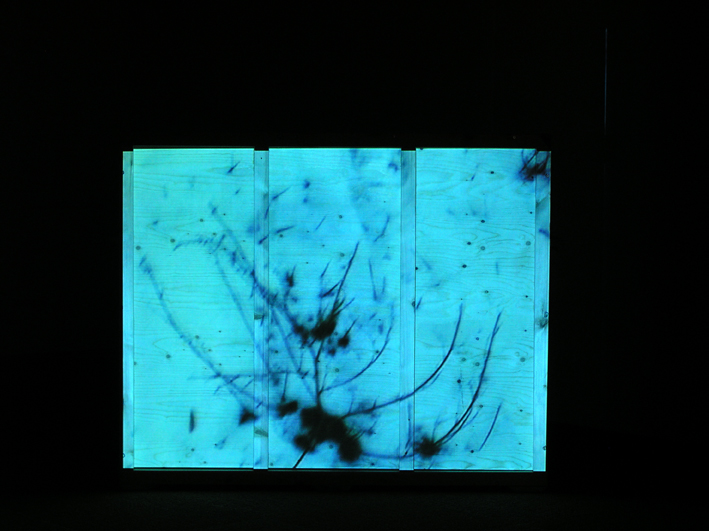 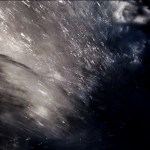 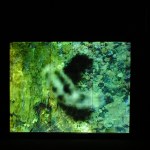 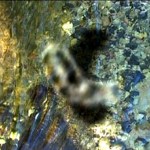 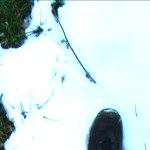 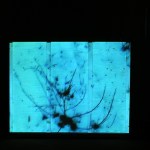 This video installation projected onto a wooden packing case was made for an exhibition in Northern Finland at the Aine Art Museum, Tornio called ‘Something Strange’ and is now a part if the museums collection. It bears testament to the consistency of journeys not only in times of flux and uncertainty, but as a part of life’s tapestry of constant change and renewal. The video work animates a Finnish male sex chromosome Y to suggest the term ‘Gene Pool’ that refers to the collective and diverse genealogy of a group or nation. Scientists use the male Y chromosome as a means to map our ancestry through the male line.

The Finnish Y chromosome reveals some differences to other western European Y chromosomes. At some point in the remote past northern Asian people may have migrated to Finland. The presence of the Y-chromosomes brought by these mysterious people pose various questions. Why did they come to Finland: where did they come from, and who were they?

The Y-chromosomal studies of Kittles et al. (1998, 1999) reveal two main haplotypes of Finnish men. One, named haplotype A, is predominant in eastern Finland and seems older than haplotype B. This may be attributable to two waves of settlement, an eastern and a western one. A. Scientists have identified a mutation in the Y chromosome that is fairly widespread in the Buryat, a group that lives in Mongolia and is also found in Finland. This suggests that in the far and distant past people migrated from northern Asia and settled in the territory of Finland.